The Challenges and Future of the PA Profession in the USA

At the conclusion of this session, the participant will be able to: 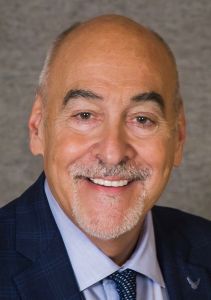 Dave Mittman has been a PA leader for over 45 years. Dave co-founded the LIU PA Program student society in 1973, was President of the New York State Society of PAs in 1979 and served on the AAPA Board of Directors, twice, thirty-five years apart. Dave also has won the AAPA Public Education award for leading the march in Trenton NJ to establish PA practice. Dave was introduced to medicine as a medic in the USAF. He later had the distinction of becoming the first PA allowed to practice in the USAF Reserves. Dave spent almost 9 years in a primary care group practice in Brooklyn, N.Y. and left to begin a career in medical publishing with Physician Assistant (PA) Journal in late1983.

Dave left PA Journal to co-found Clinicians Publishing Group in 1990 and Clinician Reviews Journal in 1991. This was the first journal written for both NPs and PAs. Dave and his partners took Clinicians Group and built it into a major publishing business launching eight journals in six different physician specialties within an eight-year period, something never done before in the history of medical publishing. In 2001, Clinicians Group was acquired by Jobson Publishing.

In 2008, Dave co-founded Clinician1, which was the largest NP and PA informational/clinical/social community on the web. Clinician 1 ceased publication in late 2019. Dave is now involved with a video Q and A feature on POCN.

Dave has also served as Treasurer of the Association of Family Practice PAs. A co-founder of the American College of Clinicians, the first President for Executive and Administrative PAs and PAFT.

Dave has authored numerous papers and studies in publications as diverse as "Chicken Soup for the Expectant Mothers Soul", "U.S. Pharmacist", “Medical Marketing and Media”, "The British Medical Journal" and many others.

Dave is a noted expert in PA and NP practice both in the U.S. and around the world. He has published papers on both NP and PA prescribing. He has consulted for many companies on NP and PA practice and has spoken at numerous PA and NP meetings with audiences ranging from 5 to 8,000.

Dave is married to his high school sweetheart Bonnie for over 45 years and has two wonderful adult children.